Have you tried to replicate a nice network visualization you achieved once, for a second time to put it in a presentation or manuscript?

What did you do for that?

If you were using a scripting/coding language like R or Python and you had the code saved somewhere, by setting the same seed number and using same graph layout, you could increase your chances to get the same visualization. But, is the quality of visualization what you wanted? How much time do you need to spend to get a nicely laid out graph in R with built-in layouts (e.g., in igraph)?

How many times have you seen amazing visualizations which make you think, wow, this is how I should present the network! I have felt like that a thousand times. Mostly while looking at visualizations from Visone or Gephi. And mainly while working with large scale networks that makes plotting harder and default layouts don’t give interesting/meaningful outputs.

For a while I was trying to find a replicable way to bring Visone or Gephi output into R and integrate it with my report or code which is mainly Rmarkdown. I didn’t want to import a PNG picture, simply because if you change the underlying graph or add/remove attributes, there is no way to replicate the graph. You have to export it from R again. Plot it in an external software, bring it back into Rmarkdown as a PNG file.

Instead, what if we can replicate the graph itself using nice layouts from Visone or Gephi, but reproduced in R?

In case I had modified the graph by sub-setting/adding/removing attributes, I was not able to replicate the visualization with above procedure. In case I could, it was frustrating to get the same quality of visualization since I needed to remember the point & click steps I took! I even went to the Juergen Pfeffer’s workshop on “Visualizing Social Networks. How to Create Meaningful and Compelling Network Drawings” in Sunbelt 2018 in Utrecht to end this frustration, and he and his colleague gave me a tip, try if you can get the result you want by exporting layout coordinates from external software and adding it to layout function in igraph! Turned out, his suggestion was perfect! 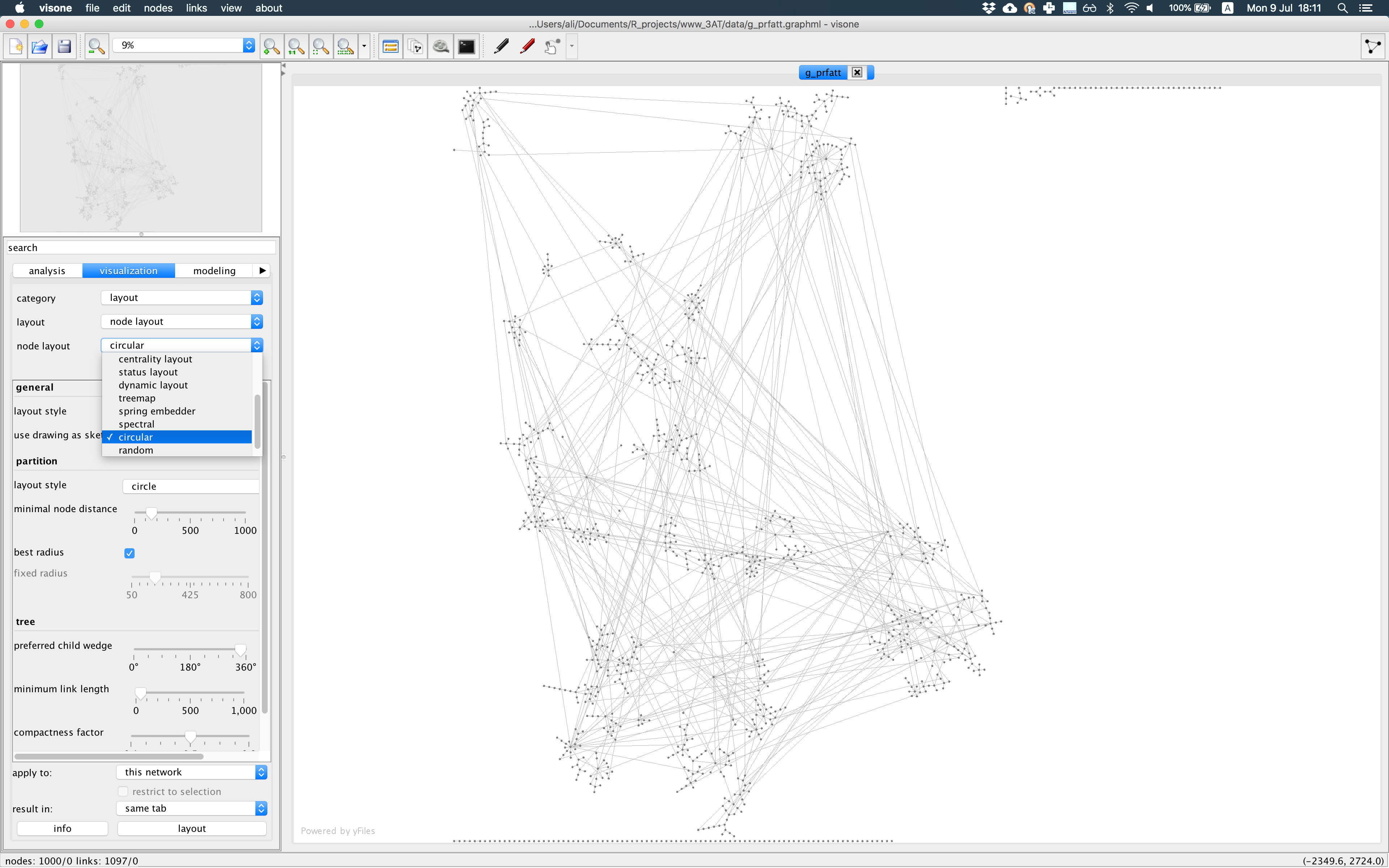 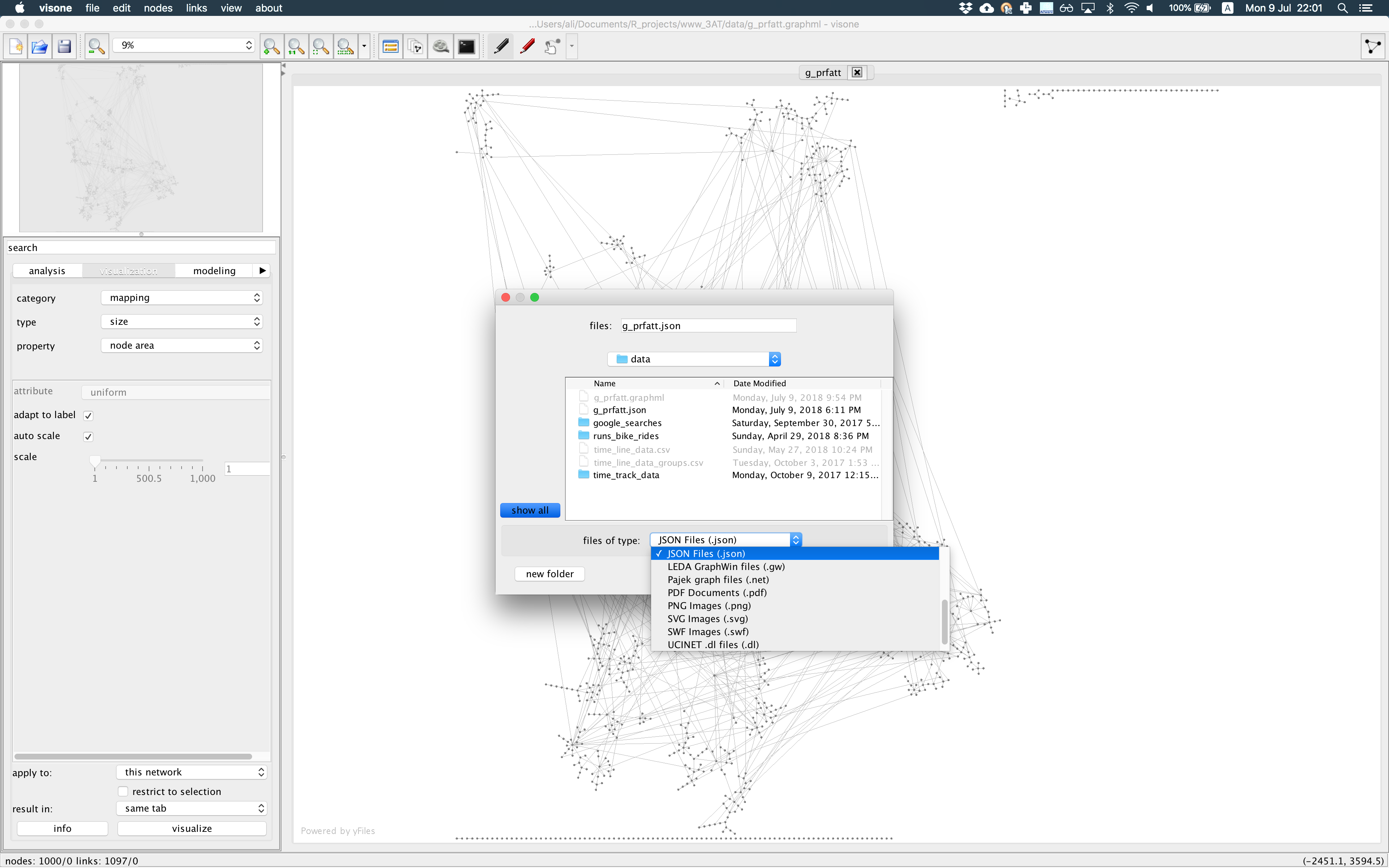 The json output, if you open it with a text editor, will look like the text shown below. You see each node has some attributes for ‘x’ and ‘y’ coordinates, ‘color’, and ‘shape’ as you defined in Visone which you can use in plotting step later. 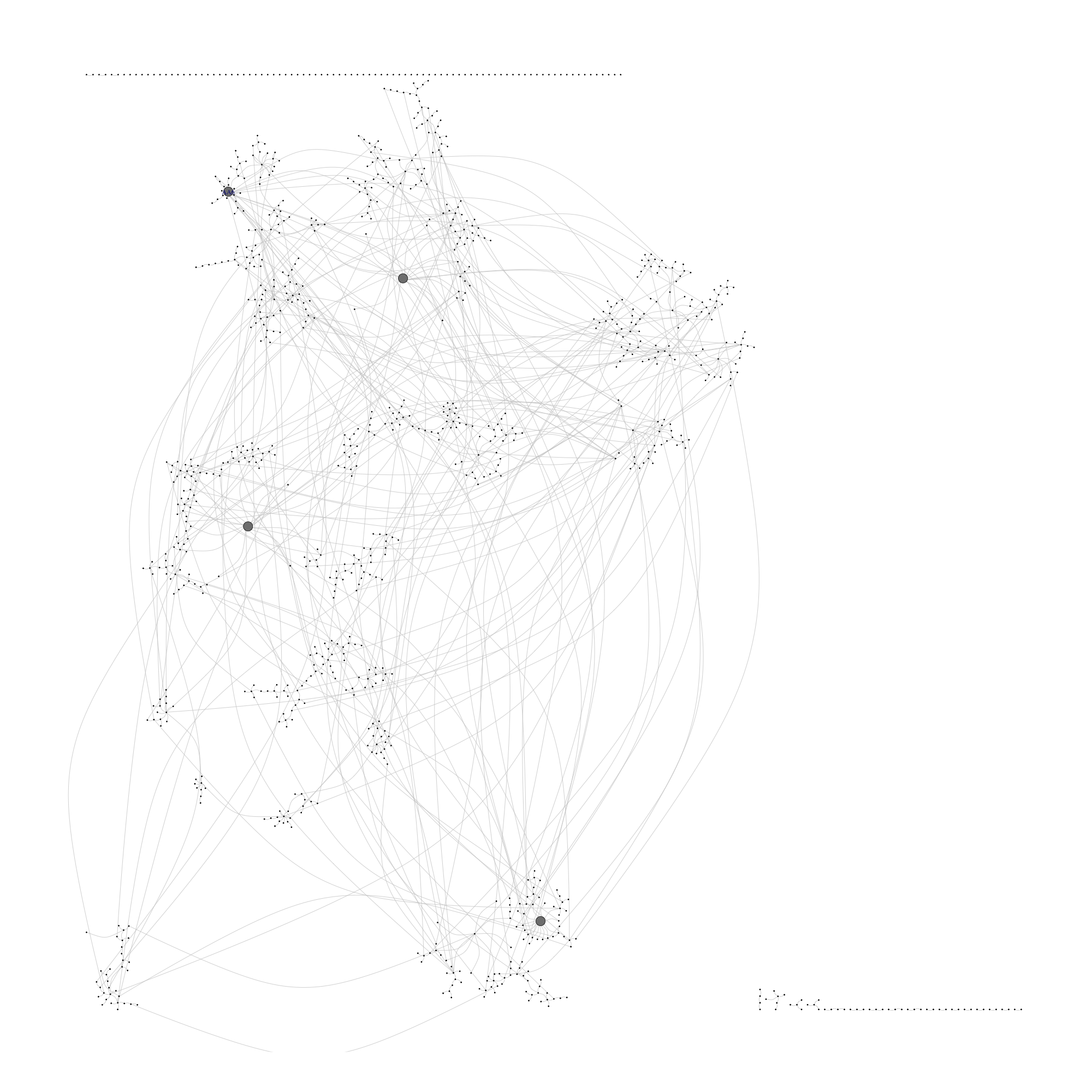 What if we didn’t do all described above? Below you see an example of visualizing the same graph, using built-in layout layout_components from igraph in R. Be the judge of quality yourself, which one could convey a more meaningful message? 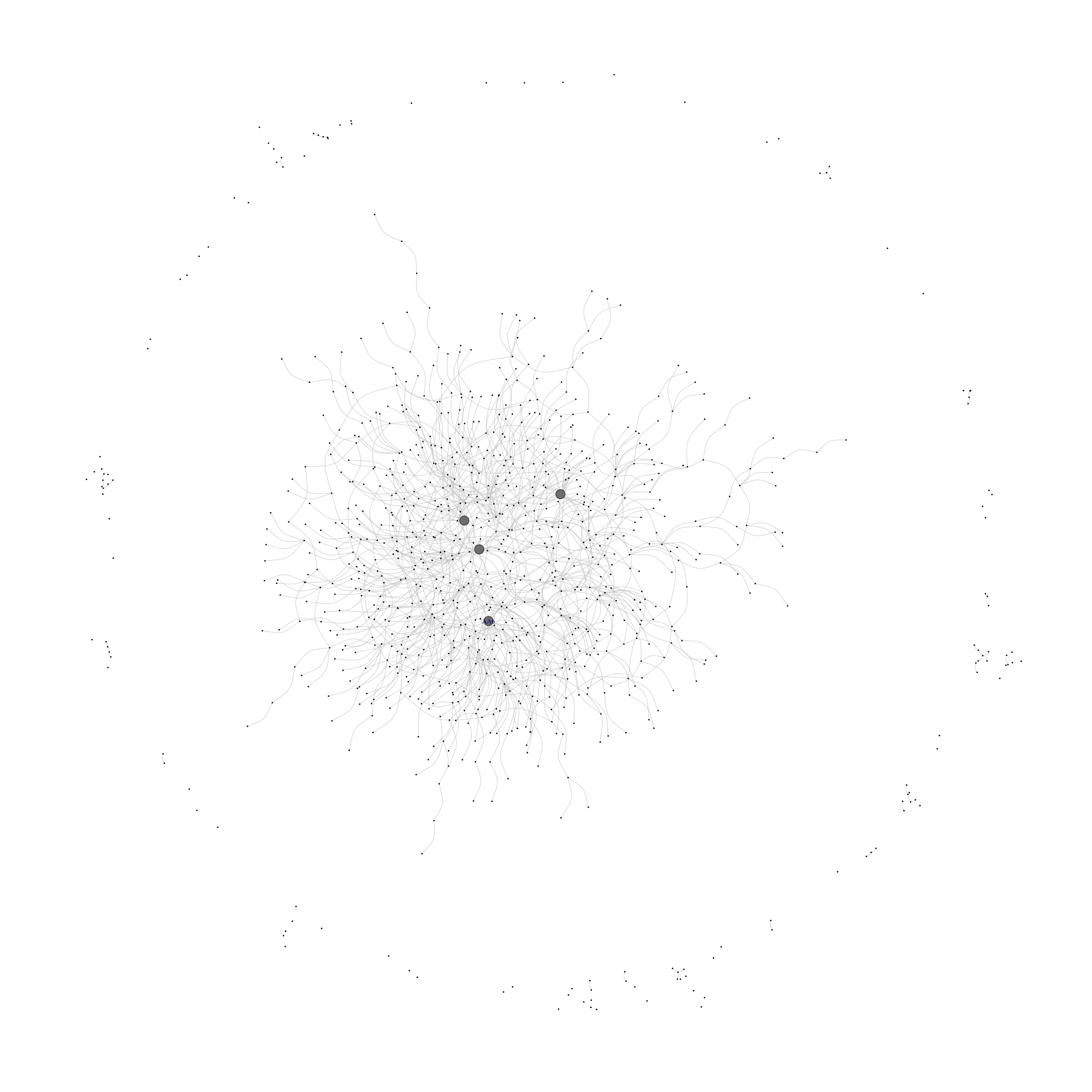 P.S. If you can calculate node coordinates yourself, you can do it and assign them as node attributes, “x” and “y” simply in R without going through Visone and external plotting steps. Or instead of setting attributes to nodes, just give the coordinates as a two-column matrix to igraph plot function.